Her Majesty The Queen 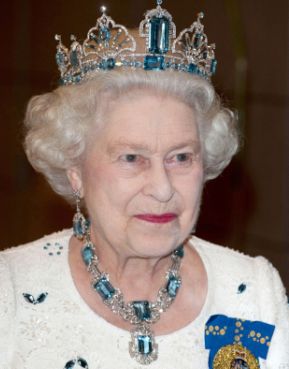 Hi Everyone,
I hope you are all safe and well and coping with this second lockdown.
I’d like to share with you the story of how I met on of the most loved and respected figures in the world,
Her Majesty The Queen.
I have certainly been blessed when it comes to some of the people I have met.
My great friend, former Prime Minister and cricket tragic Bob Hawke was on a state visit to England in
1987. During one of his meetings with Her Majesty, he mentioned that a cricket team, with which he was
involved, was set to tour England in 1989.
The team was The Crusaders.
From this meeting and with the help of the great John Taylor, the wheels were set in motion for our
biennial match against the Royal Household.
John Taylor worked at Windsor Castle from a very early age. He went there for six weeks on work
experience and ended up staying 40 odd years, working directly for Her Majesty.
The Queen attended our match at the Royal Household in 1989.
In preparation we were required to meet many security protocols, everyone from Metro Police to the
Queen’s Guard was involved and of course Castle Police and security. I came to meet my great friends
Stan Highmore and Ken Forster through these security meetings.
My first meeting with Stan and Ken was quite funny, they arrived at the hotel expecting to meet with a
gentleman, I can assure you that was not the case! They looked regal in their uniforms and I of course,
looked like me. They thought “what the hell have we got here”. I told them to take off their jackets and
pull up a cheer and enjoy a beer. Three hours later the deal was done and we had a game!
The day came, we had a wonderful lunch, some of you would be familiar with the Household hospitality.
At 3.00pm The queen and Duke of Edinburgh arrived. The game stopped, their Royal Highnesses
wished to meet both teams. In the end we lost the game on the last ball, but we won an amazing
relationship, on which we have continued to build over the years.
Later that week the Queen met with then Australian High Commissioner, Doug McClelland. She told
Doug she had met a crazy Australian during a cricket match at the Royal Household with Bob Hawke. I
was fortunate to have formed this relationship.
I am led to believe Her Majesty even deferred a meeting with Mikhail Gorbachev, the last leader of the
Soviet Union to attend one of our games! It is history now that she makes it to every game we play at the
Household.
She is a very impressive lady and a female role model for me like my grandmother and Jessie Bradman.
People often wonder what we talk about on those game days. I won’t share much but will share this
story.
I once told Her Majesty I had watched a documentary about the Royal Family, in particular her
grandfather, King George V, giving his Christmas message. There was some old footage that featured
the Queen. I told her majesty she was just a tiny tot in the documentary. John Taylor pulled me up and
said, you can’t say that. Her Majesty, said, Swan is correct I was a tiny tot back then!
There are many great stories and she is a wonderful person. A source of pride and reassurance,
something we could do with in these challenging times!
Best wishes
Swan